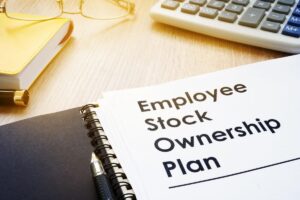 You heard that right – APM is going employee-owned! We’re transitioning to an Employee Stock Ownership Program (ESOP) to give ownership of the company to the employees! As our Chairman, Kurt Reisig, says, ‘It’s a great time to be part of APM.’

This is just one way APM is different. While many companies in the industry are either pursuing an IPO or selling to other larger firms, APM has always been a bit of a maverick. Going the ESOP route allows the company to preserve the culture we’ve all spent years cultivating as we continue to stand out from the other mortgage providers.

As the company continues its growth, the ESOP enables the company to retain its valued staff while continuing to attract desirable employees for the future.

The benefits of an ESOP include:

– Motivating and rewarding hardworking, loyal employees – research shows workers who are motivated and engaged tend to have higher levels of productivity. Compensation programs like ESOPs that allow employees to act like owners can do just that.

– Maintaining a company’s legacy for the long-term – The executive team at APM worked hard to build the business into what it is today. And the desire is to continue to grow it with the culture in tact.  It keeps staff employed while the business remains firmly affixed to the local community.

– Transferring wealth to those who helped make the company what it is today – ESOP benefits are typically allocated in a manner that’s consistent with job title and years of service. This program rewards those who have put in the time and effort to help build a successful company, while incentivizing those who are newer to the team.

ESOPs are simply an employer’s way of saying thank you for all you’ve done for the company, now let us do something for you. There’s no better way to do that than allowing employees to share in the fruits of their labor, as an ESOP is a contribution to employees – they are not an investment employees are tasked with making.

There are a ton of studies out there by top universities that all say the same thing: ESOP companies have a higher return on assets, a higher total shareholder return and a higher employee retention rate compared to non-ESOP companies. Now, an ESOP can’t transform a bad company into a good one overnight, but it can certainly enhance a company’s effectiveness when employees feel they are treated and compensated fairly.

I can’t wait to see APM reach the next level through this ESOP structure!