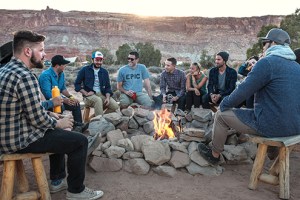 Bank of America released its second-annual Homebuyer Insights Report, and it’s good news for us! A large portion of the more than 83 million young Americans who comprise the Millennial generation are enthusiastic about homeownership!

A full 86 percent of this group, born between 1982 and 2000, believed owning a home was more affordable than renting, while 35 percent have already begun saving for a down payment! Despite what you read about Millennials wanting to travel the world and opting for temporary housing where they can remain flexible while retaining a home base in one of the nations’ large metros, the stats say otherwise. At least for a large percent of them.

In fact, 68 percent of Millennial homeowners surveyed said they view their current home as a “stepping stone” to their “forever home,” meaning that young homeowners are still a captive audience for us. Nearly 80 percent of these Millennial homeowners also said that homeownership has had a positive impact on their long-term financial perspective. This may very well reinforce the majority of their peers’ beliefs that buying is a better bet than renting.

We also have to take note of the way Millennials view homeownership. They do still value their freedom and flexibility – and their dreams are different than those of other generations, including their parents and grandparents. With that in mind, they are least likely to view owning a home as the “American Dream,” the survey notes. They are also less likely to buy a home in the pursuit of a permanent living situation. Rather, this generation most closely associates homeownership with adulthood.

While it seems that many Millennials are coming around to the idea of buying vs. renting, that battle is not over yet. Millennials who haven’t yet purchased a home were split on whether they felt it was a more (54 percent) or less (45 percent) affordable option than renting. These first-time homebuyers also believe they have to be able to put 20 percent down, which can seem daunting. Only 21 percent of the survey respondents felt homeownership was currently within their reach under these parameters. As savvy mortgage professionals, it is our job to let them know that, in many circumstances, homeownership is a viable option and the old rules don’t necessarily always apply.

Those on the fence may be swayed by learning that 95 percent of the homeowners surveyed said they are really proud of owning their own home, while 91 percent say they have treasured the memories they’ve made within those four walls.

There is a lot of information to internalize here. Not only does it dispel some assumptions made against a generation that seems to unfairly garner criticism, but it also sheds a light on the ways they think. Their priorities, financial milestones and life goals are laid out in this study as useful nuggets that we can absorb, carry with us and capitalize on with an up-and-coming generation that sees promise in the same way we do – through owning their own homes!