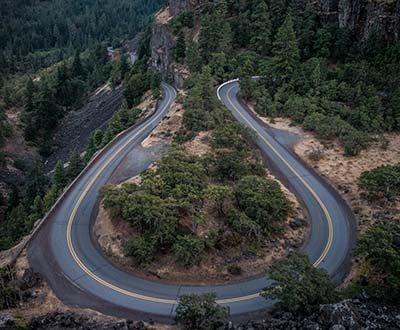 I came across a blog post by Virgin’s Sir Richard Branson earlier today about turning points. You know, those forks in life that make you either stop, take notice, weigh your options and reconsider your path, or avert your eyes, convincing yourself that path less traveled isn’t actually there – or that it isn’t actually safe.

Safety, security and stability are important to most of us. While it’s fun to take risks, be spontaneous or go off the beaten path every now and then, few of us will sacrifice routine and a predictable road for the unknown. Let’s face it. Change is hard.

The thing with change is, it comes whether we want it to or not. Change can often manifest itself as something good, though this can be hard to admit when we’re in the throes of readjusting our lives, routine or mentality for this new variable.

I’d never tell you to bet big on the unknown irresponsibly, but since change is a large part of our industry, I do encourage embracing this notion and the road less traveled. Going left while everyone else veers right has been the path to success for many, both big and small, including Mr. Branson. In just the past year alone, we’ve encountered a barrage of change that’s likely shaken up your standard responses and default way of thinking.

We have a new president. A new party controls the House and Senate. Mortgage rates matched the low of 3.36 percent in August. The Treasury issued a rate hike and our industry’s rates followed suit. Britain voted to exit the European Union. The Dow hit – and then surpassed – the 20,000 mark.

These are just a few of the global and national changes affecting the American collective. I’m sure there are many more you can think of that apply to your own life. With that in mind, I encourage you to give Branson’s sentiments on turning points a gander. His list even inspired me to think of a few other quotes I fall back on when curveballs are thrown and I’m not sure whether I’ll strike out or hit it out of the park.

2. “May your choices reflect your hopes, not your fears.” ~ Nelson Mandela

5. “Isn’t it funny how, day by day, nothing changes. But when you look back…everything is different.” ~ C.S. Lewis