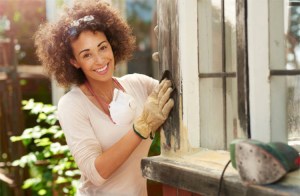 America’s confidence in the housing industry isn’t going anywhere. Evidence of this is all around, but it’s most notably seen in the gargantuan amount of active home flippers. A whopping 207,088 U.S. single-family homes were flipped in 2017, according to the Year-End 2017 U.S. Home Flipping Report from Attom Data Solutions. This figure is up 1 percent from the 204,167 homes flipped in 2016 – and that was a record-breaking year! The market hadn’t seen that level of fix and flip since 2006!

I have even better news. Those 2017 flippers received $16.1 billion in financing. Even though the amount of homes flipped is only up 1 percent year over year, financing in 2017 increased by 27 percent when compared to 2016. This was the highest total dollar volume of financed home flip purchases since 2007 – another 10-year high.

Now, before you start sending me Google News links to the Great Recession, Attom, like myself, views this fix-and-flip environment very differently than the previous high.

“The surge in home flipping in the last three years is built on a more fundamentally sound foundation than the flipping frenzy that we witnessed a little more than a decade ago,” said Daren Blomquist, Attom’s senior vice president. “Flippers are behaving more rationally, as evidenced by average gross flipping returns of 50 percent over the past three years, compared to average gross flipping returns of just 31 percent between 2004 and 2006 — the last time we saw more than 200,000 home flips in consecutive years.”

Flippers are most bullish on homes in Memphis, Las Vegas, Tampa-St. Petersburg, FL, Birmingham, AL, and Phoenix. Even if you’re not in these markets, Attom has done the hard work for you. The report also outlines cities with the highest average gross flipping ROI and the biggest increase in home flipping rate. Homes flipped in 2017 averaged a gross profit of $68,143, up 5 percent from 2016. This also represents a 49.8 percent average ROI.

We know our market is cyclical. Right now, fix and flip is having a moment. Make sure your clients are aware of the potential opportunities available to them through Finance of America. While nothing is ever a sure thing, the amount of activity and investment in this current real estate market should be appreciated.