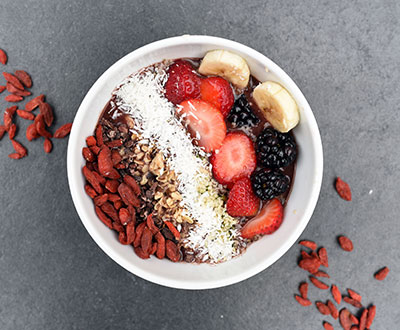 You know what they say: breakfast is the most important meal of the day! While that may be true, there are a variety of things you can do each morning that can set you on the path to success throughout your afternoon, evening and night. Some of the world’s most successful people, including Oprah Winfrey, Warren Buffett and Richard Branson, swear by certain morning behaviors that start them off on the right foot, placing themselves in a positive position that carries through for hours.

Below are a few habits you should think about adopting to foster your own success and productivity, both within Finance of America and your personal life.

Let’s face it, it’s hard to get in a solid sweat once we’re off and running at a million miles an hour. There are phone calls to return, borrowers to meet with, industry news to follow and household responsibilities to handle. While working out at lunch or after work are viable options, most of us are so ravenous at these points that exercise falls by the wayside in favor of a burger and fries. That’s why many successful people intentionally wake up an hour earlier to get their sweat in before all these other distractions invade.

If Barak Obama, Mark Zuckerberg and Tim Cook can find the time and motivation to set the alarm one hour earlier, then chances are, so can we. This early morning cardio boost may not be the only key to their success, but it sure couldn’t hurt to get the mind clear, the blood pumping and the endorphins flowing before daily life has the chance to sneak in and foil our good intentions.

The stats don’t lie. Focusing your attention inward and setting a mindful tone and intention for your day has proven positive benefits. A 2015 UCLA study noted that those who made meditation a regular part of their day were able to preserve their brains better as they aged when compared to non-meditators.

A Yale study also found that meditation decreased the likelihood a person’s brain would wander throughout the day, allowing them to focus more precisely on their goals and task at hand. It can even reduce symptoms of anxiety and depression, according to Johns Hopkins. The best part is all these benefits can be achieved in as little as 20 minutes a day. So clear some space in your morning before the day gets hectic and the cluttered “monkey mind” takes over.

It’s hard to sustain long-term success if you lack the discipline to remain organized. Part of being organized means knowing what you need to accomplish and when. Jot down a to-do list after your early morning run and before your meditation session. Don’t just carry the list around all day, checking off menial tasks like “return emails.” Instead, create pointed, detailed items that need your undivided attention and start knocking them out.

One fatal mistake many well-intentioned people make when creating these lists is saving the largest or most brutal task for last. I get it, we all love to put off what we don’t want to face, either because it will take up too much time, brainpower or other form of currency we just don’t want to give. Successful people don’t behave this way, however. Instead, they tackle the beast head on – and we all know what happens when you remove the head from the “enemy.” The rest of the system follows suit. So man – and woman – up, and take that bull by the horn. Chances are that when you do, you’ll realize that activity wasn’t as big of a goliath as you made it out to be. Oftentimes, the stress involved in anticipating a complicated task is more unpleasant than just completing the job in a timely, matter-of-fact way.

And while you’re at it, don’t forget to eat your breakfast.