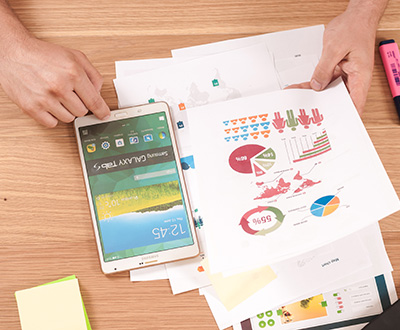 As we all expected – and as you are all keenly aware – loan volume took a hit in the last quarter of 2016 following the Fed rate hike. That was the news of 2016. Here is the news of 2017: the housing market is strong as ever.

The numbers leading into 2017 were very exciting. Privately owned housing starts increased by 11.3 percent between November and December, according to the U.S. Census Bureau and the Department of Housing and Urban Development. There were 1.23 million new homes built in December, which was also a 5.7 percent jump from the 2015 December total of 1.16 million.

HousingWire even noted that “2016 proved to be the best year for housing starts since 2007, proving the heights of consumer demand.” Building permits for privately owned housing units also rose 0.7 percent (to 1.21 million permits) in December when compared to a year earlier. The numbers are even healthier when examining the single-family market. There was a 4.7 percent increase in single-family permit authorizations between November and December.

HousingWire also noted that this past December ended with the highest level of builder confidence since July 2005. Part of this confidence is due to the positive numbers mentioned above, though the new administration was also cited as a source of assurance. With this in mind, the National Association of Home Builders anticipates a 10 percent growth in single-family home construction this year.

While these numbers are on a national scale, the West Coast may be in for a particularly good year. The top six positions on Veros Real Estate Solutions’ recently released VeroFORECAST Strongest & Weakest Markets are occupied by the Pacific Northwest and Rocky Mountain states.

Now, this certainly doesn’t spell doom and gloom for housing markets outside of these regions, but it’s always nice to give credit where credit is due. A new year always brings change. This sentiment is particularly true this year with a recovered economy, stable employment, confident Fed, and new president and Republican-controlled administration. We remain confident in our housing market, the mortgage industry, our new leaders and particularly in the upstanding members of Finance of America.