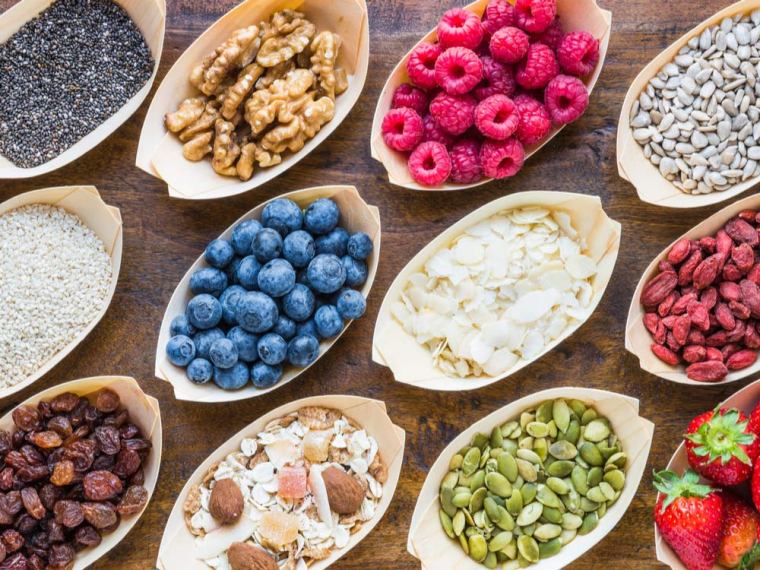 You gotta love a good trend or two, and the beginning of a new year is always the time to get your predictions in. Now that we’ve had a little time to settle into 2018, I wanted to focus on the superfoods that may help your body and brain power through another successful year! While the word “trend” can be synonymous with “fad,” it can be fun to discover new tastes, recipes and benefits to shake up your diet.

A salad, Greek yogurt, protein shake or fruit smoothie can get old real fast if we utilize the same ingredients over and over. This monotony also means some vitamins and minerals will have a monopoly on our bodies, while others will go unconsumed because they’re not on our radar. Last year brought about the introduction of turmeric, kombucha, spirulina, matcha and bee pollen into some of my favorite treats. These positive additions have me on the hunt for the next batch of superfood palate pleasers.

Remember to always consult with your doctor before adding new items to your diet – particularly any that may cause an interaction with medications or supplements.

Here are my top five talked-about superfoods of 2018:

We’re just now discovering a tree that’s been used in India and Africa for generations. That’s the vitamin-packed Moringa! The fresh leaves can be cooked and eaten like spinach, or sold in powder or pill form. Moringa is contains high levels of protein, Vitamin B6 and Vitamin C, making it a great alternative to oranges if you’re citrused-out.

Kefir is a fermented drink that’s typically made using cow’s or goat’s milk mixed with yeast and lactic acid cultures. It has the consistency of milk but the taste of yogurt. It also comes in a dairy-free version when coconut water or milk is used as a substitute for animal milk. This probiotic has been said to help digestion. It also contains tons of calcium, protein and B vitamins.

Another stand-out from India is this clarified butter called ghee. In addition to its high contents of vitamins A, E and K, the fat presented in ghee has been shown (in animal tests) to reduce inflammation, promote gut health and even slow down cancer growth, according to HealthLine.

This fungus originally became popular in Japanese medicine (the Chinese refer to it as lingzhi mushrooms), and is still used today to boost the immune system. Though the bulbs can be eaten, many have found the taste to be bitter, which is why it’s typically ground-up and sold in either pill or powder form. Reishi mushrooms are most commonly added to tea or soup.

This ancient whole grain can be fairly versatile in nature. It can be used as a syrup, ground into flour, heated like popcorn or eaten in its pure grain form. Some even compare its taste to honey, maple or molasses, which has led a few cooks to use the grain as a sweetener. Sorghum is a great alternative for those with Celiac Disease, as it doesn’t contain the gluten proteins found in other grains. Studies have also shown sorghum to be useful in the treatment of melanoma and colon cancer, as well as cholesterol management.