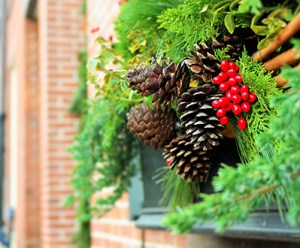 As expected, there was a decrease in mortgage applications between August and September (7 percent). As we all know, these slumps are expected this time of year as we transition from summer breaks to school years and the holiday season. It’s also no surprise that MBA predicts the rate of mortgage applications to remain flat through the remainder of 2016.

The holidays are great for many things, including spending time with friends and family celebrating the season’s festivities. Many will avoid significant life changes, such as financing a new home or transitioning to a new residence, but that doesn’t mean business stops altogether.

Now is the time to ramp up your game as you strive to hit your personal year-end goals. A key motivator for many current and prospective homeowners may be the Fed’s recent announcement that it will not raise rates…for now. The newly released minutes from September’s Federal Reserve meeting show that the decision to keep rates where they are was a “close call.” The minutes also suggest a rate hike may be coming “relatively soon.” The Fed’s next meeting will be held Nov. 1 and 2.

Keep these latest developments in mind as you communicate with your clients about their needs. Arming yourself with the most up-to-date industry knowledge is a key way to combat seasonal struggles, such as the one all mortgage bankers encounter during the holidays.