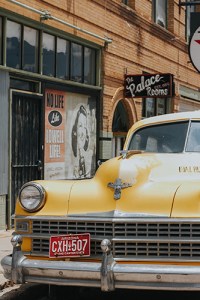 Baby Boomers – those born between 1946 and 1965 – were less likely to have their mortgages paid off and own their homes outright than the generation before them. This is according to a recently released Fannie Mae study that compared the Boomer generation and its rate of homeownership and mortgage debt to that of previous generations. The study found that Boomers who were aged 65 to 69 in 2015 were 10 percentage points less likely to own their homes outright than were pre-Boomer homeowners of the same age in 2000.

“Paying off the mortgage, once a widespread rite of passage for homeowners approaching retirement, has become less common in recent years,” the study says. “Concerns are mounting that the increased prevalence of housing debt among older homeowners could compromise financial security in retirement by expanding housing affordability problems, crimping essential non-housing spending, increasing vulnerability to home loss through foreclosure or limiting the accumulation of housing wealth.”

The study also notes 44 percent of homeowners aged 60 to 70 will bring their mortgages with them into retirement, while 32 percent predict it will take them more than eight years to pay it off. An additional 17 percent believe there’s a possibility they’ll never pay off their mortgages. At the same time, 64 percent of survey respondents said they plan to remain in their current homes, and 62 percent plan to will these homes to their family.

This, of course, is where we come in.

Continued homeownership and keeping a property within the family is a long-term financial goal regardless of the individual’s age. Though each Boomer’s needs will vary, they may include funding home renovations, refinancing, reverse mortgages, or the possibility of upgrading or downsizing based on retirement income and current assets.