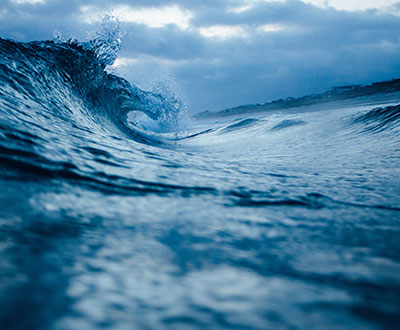 Times, they are a’changing. Whether this change is in line with your personal views or not, the country is set to inaugurate a new president in a few months. The changing of the guard, sort to speak, always elicits an emotional response that usually trickles down into the markets, including the mortgage and housing industries. Change can also be viewed as something to fear – something that’s different, or categorized as “other.” When this happens, our natural response is to fight against it.

This psychological reaction is the same whether you’re a mortgage banker at Finance of America or a local chef wondering if he should really pull the trigger and buy his first home. Saving up for a down payment, scouting homes, signing a long-term contract and moving can be change enough. Throw in a new leader of the free world and perceived “market uncertainty,” and all that change can be too much for many people to bear, causing them to retreat back into their shells.

This is not the appropriate response for you or your clients. Hopefully, a little perspective will show you why. First off, a new president of the United States is not a random occurrence. It happens every four or eight years. Like clockwork. You can essentially add this to death and taxes as the only seemingly sure things that will occur on a regular basis. The candidates and the country’s constituents prepare for this. There is much lead up, debating and campaigning – enough so that even the most isolated hermit with no access to media can tell you who the candidates are.

Second, while passions ran high in this election over what many people have characterized as two “non-traditional” candidates, there was a leader elected – and the markets did not tumble the way some predicted they would. While there was overnight talk on Election Night of futures plunging, the Dow dipping, the Peso losing value and China’s big selloff, we all woke up Wednesday morning to a rather stable marketplace. In fact, the Dow was up 257 points on Wednesday – near historic highs – while the Nasdaq and S&P 500 both rose 1.1 percent.

This brings us to our industry. Mortgage rates were only slightly affected by Tuesday’s election results. The 30-year fixed-rate mortgage rose to 3.73 percent, while the 15-year version went to 2.97 percent. Adjustable rates inched higher, with the five-year ARM settling at 3.15 percent and the seven-year coming in at 3.33 percent. All these figures are courtesy of Bankrate.com. The 10-year Treasury note yield also surpassed 2 percent after President-Elect Donald Trump’s acceptance speech Wednesday morning, closing at 2.07 percent, the highest since Jan. 22.

As I mentioned in my last blog, it’s prudent to remind borrowers that a 30-year mortgage in the 3 percent range is nothing to sneeze at. Homeowners of markets’ past would jump at the opportunity to secure a rate with a three in front of it.

Just like many Americans, the market does not thrive on uncertainty. However, if there are any lessons to take from the past 24 hours or so in terms of the health of the U.S. economy and housing industry, it’s that a little hysteria can cause short-term waves, but it takes a great deal more for those waves to whip

into a tsunami. The waters calmed as the sun rose, and it’s still a great day to be an American, a mortgage banker and a homeowner. I encourage you to keep this in mind as we wrap up what has been a particularly passionate election season.